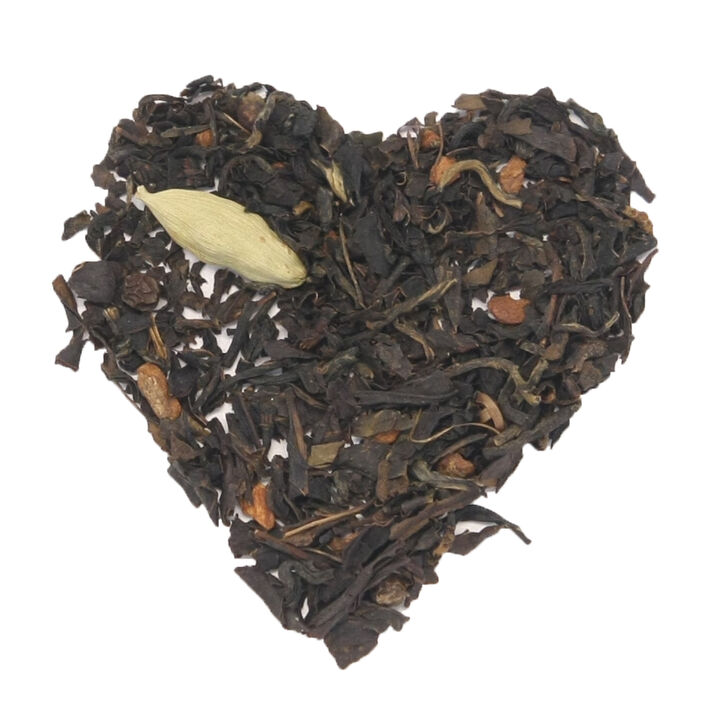 What is masala chai?

Chai is hindi for tea and masala chai means something like "spicy tea".

Masala chai is from India where every mother have there own recipe in India you can also find masala chai sold by "Chai Wala's", tea vendors who sometimes pours the tea from quite a high hight to give the tea more oxygen. Thats called to stretch the tea. In some parts of India masala chai is served from "Bhar" small unglased clay cups.

How to make Masala chai

Masala chai is made in thousands of ways the easiest way is to buy it ready. If you want to try something new you can make your own.

Black tea (or try green, pu-erh or whatever you want to try) preferably Assam
spices, take the ones you like for example, black pepper, ginger, cardamom, cinnamon etc
water
sugar and milk (optional if you can eat/drink it)

Start by boiling the spices slowly for about 10 minutes, add milk if you want that and heat to nearly boiling. Add tea and if you want sugar. Let it steep for about 5 minutes (depends on the tea), strain and drink.